En route to the Green Task Force meeting at Walker-Miller Energy Services in New Center, I stopped at 550 W. Fort St., site of a protest against the proposed demolition of the vacant, Detroit Saturday Night building at that address. Owner Emmett Moten plans to demolish the building for– wait for it- twelve parking spaces.

The argument? The accessibility of off street parking would, he argued, add value to the condo units at the Fort Shelby Apartments, which he developed. But a new citizens’ group in Detroit is pushing back against developers like Moten and Olympia Development, who have relentlessly demolished historic property to build endless surface parking. 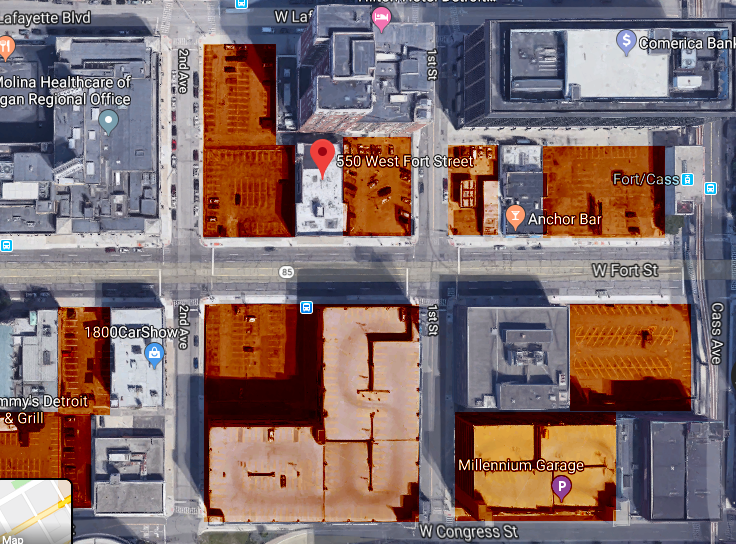 Moten was previously on record as saying he wanted to build a parking structure, but this plan appears to have been scrapped. One of the attendees at the protest explained that this was pitched as an “if / then” possibility that seemed increasingly remote as we move farther away from the original proposal. Certainly, demolition of a high-density building with full street frontage is unlikely to ever be replaced with the same, because Michigan. 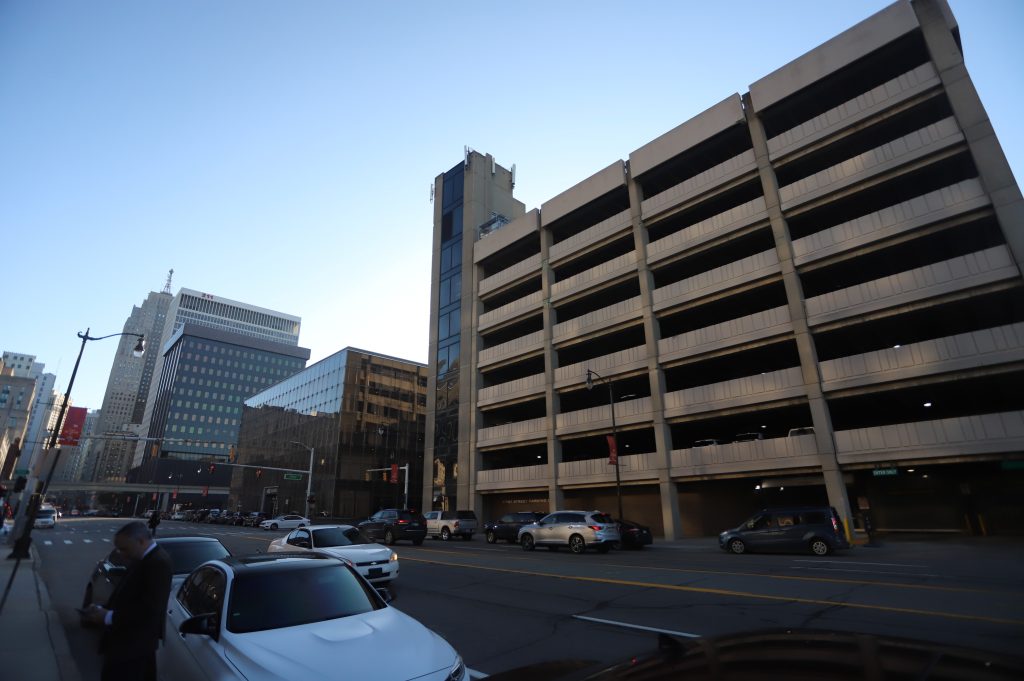 At 550 Fort St., looking east-southeast across the glorious parking empire that is downtown Detroit.

The city, in typical fashion of handwringing– especially in the face of wealthy real estate development interests- says they can’t do anything about it after a recent attempt to designate the building as historic failed. Moten also has connections through his long-time affiliation with the Coleman Young regime and the Olympia Development Parking Lot Industrial Complex from his reign working for that company during a major phase of their acquisition spree that led to what critics have labeled a strategy of dereliction-by-design. 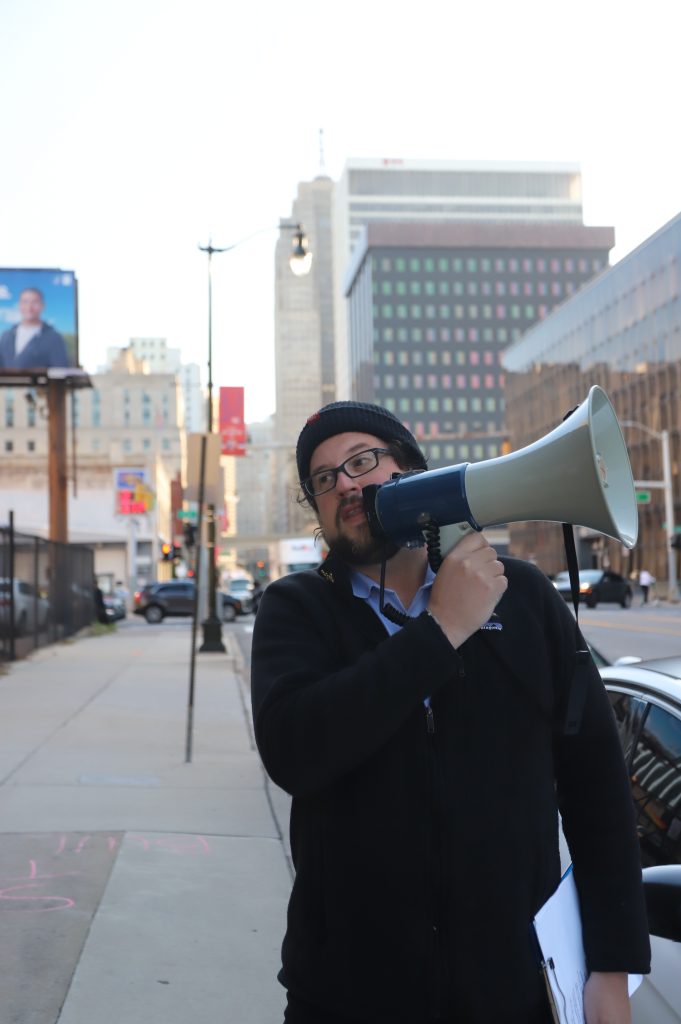 Francis Grunow, the community development advocate who co-organizes the Detroiters for Parking Reform group, points out that the site is surrounded by parking garages and lots. He argues that this space could easily be redeveloped, and also claims that residents of the Fort Shelby would prefer to keep the building there as it provides character to their block.

To be sure, running an anti-parking organization in Detroit is akin to running, say, an anti-coal organization in Newcastle. But, be it said, I’m about it. The latest from Grunow, et alia, is that their petition to city council to stop the demolition didn’t work. In a public post on Facebook, he attempted stoicism: “all I can do at the end of [these] days is revel in the fact that the sun shines on a broken world.”