The Handbuilt City was conceived in 2011 as a “think/do” tank which could serve as a cure for the common community development enterprise. I was working in St. Louis with RJ Koscielniak, whom I met while working with Theaster Gates’ Rebuild Foundation.

The idea was to take an integrative approach to development, thinking not only about finance and spreadsheets but also about the manual processes of development as well as the cultural ones. I also wanted to tell stories, things that are often missing from the spreadsheet model of development, and, in order to tell stories, I wanted to write stories– to explore and understand how culture informs the processes through which cities are built and unbuilt, and vice versa. While Handbuilt has comprised a number of different co-conspirators over the years, it is currently just me by my lonesome. 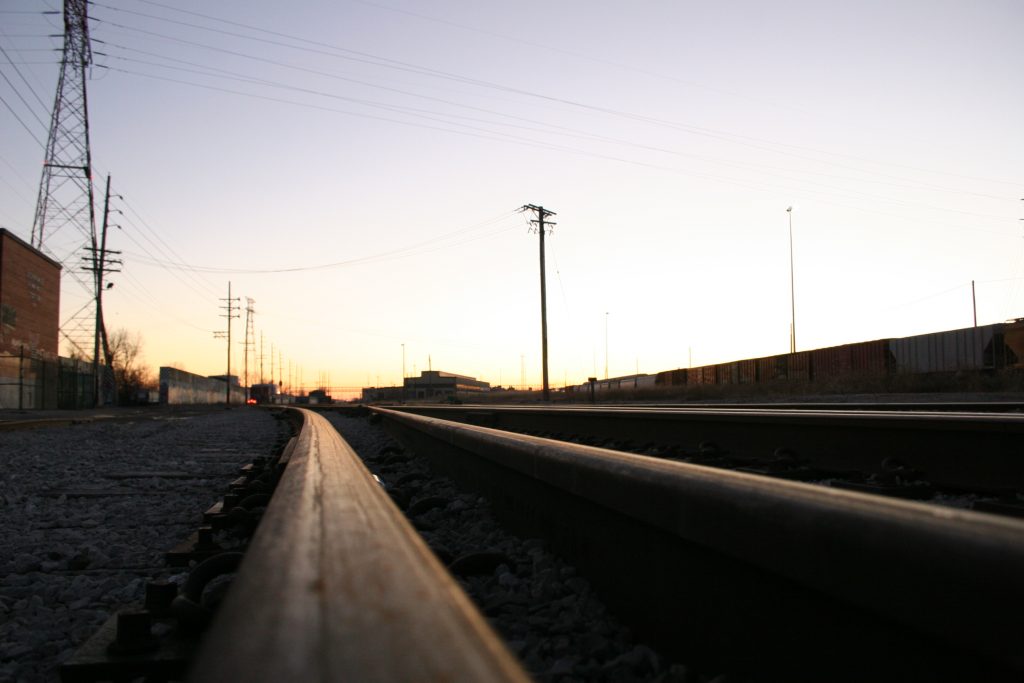 I went to a little college in Iowa. The sky was blue, the corn was high, and the highest accolade in community development was to attract a big box retailer or a gun parts supplier to periurban greenfield land by the interstate. I originally thought I wanted to go into pre-architecture, but 2009 was a weird time to intern for an architect, which I did in Philly. So I went more down the path of urban design and started thinking about economic development. 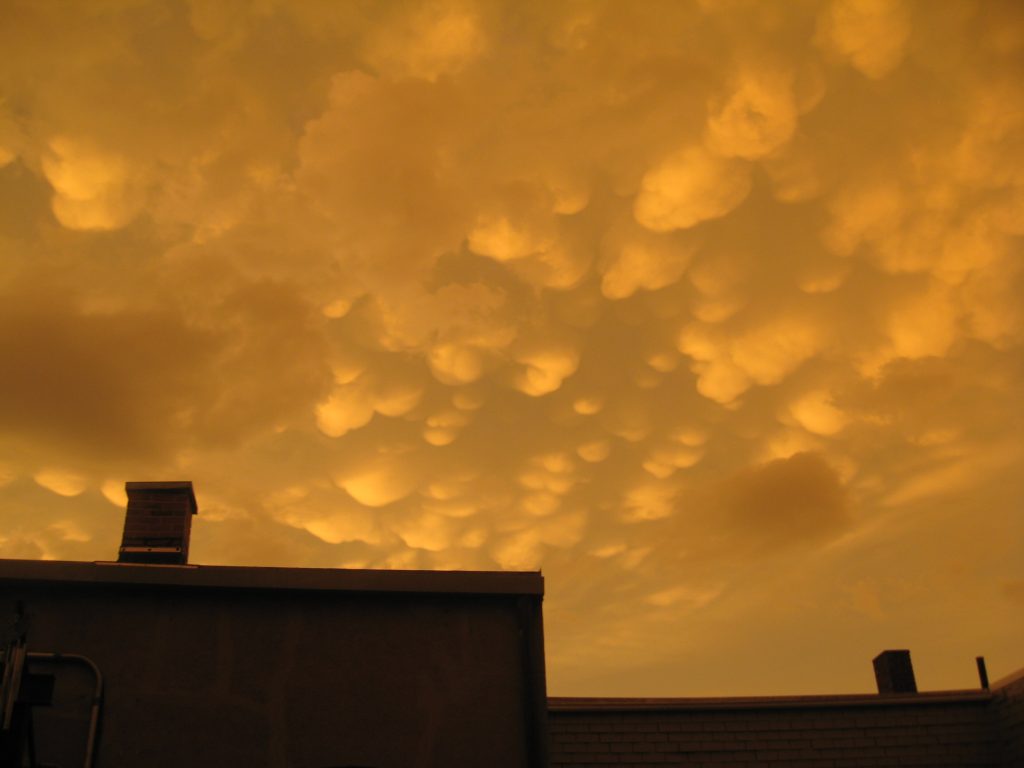 For a bit under a year I interned for the county economic development corporation. The 501(c)(4) indeed had actually just changed its name from referencing the local interstate. I helped develop plans for a business incubator, which never materialized but laid the groundwork for a retail co-op space. I helped a real estate developer work out some plans for renovation and reuse of some lovely buildings in the historic downtown. I worked with industrial prospects to think through land development. I also completed a needs assessment survey of local nonprofit organizations and community groups to build a student fellowship program. 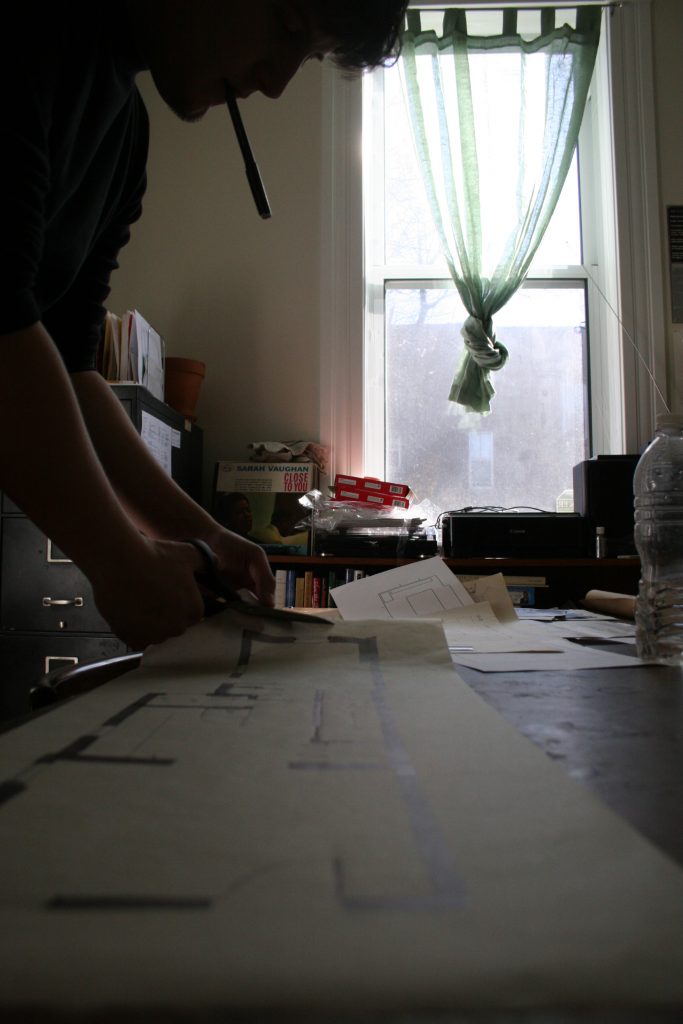 Moving to St. Louis in the fall of 2010, I started a residency with artist Theaster Gates. I managed business operations, shoveled plaster dust into dumpsters, and learned why it was problematic for overeducated white hipsters to ride fixed gear bikes into black neighborhoods to consume commodified culture and then leave and talk about the “blank slate” that is the inner city. Real estate markets were only then bottoming out following the implosion of the 2008 mortgage bubble.

It was a strange time. St. Louis was prime for development and the city was looking for the Next Big Thing. It was unclear what said thing was. Perhaps Paul McKee’s bungled, monumental redevelopment of North St. Louis with a proposed $394 million in tax increment financing. Or the vaunted Cortex. I worked with longtime co-conspirator RJ Koscielniak and NextSTL’s Alex Ihnen to produce and fundraise for the Open/Closed Conference on Vacant Property and Shuttered Film Festival. 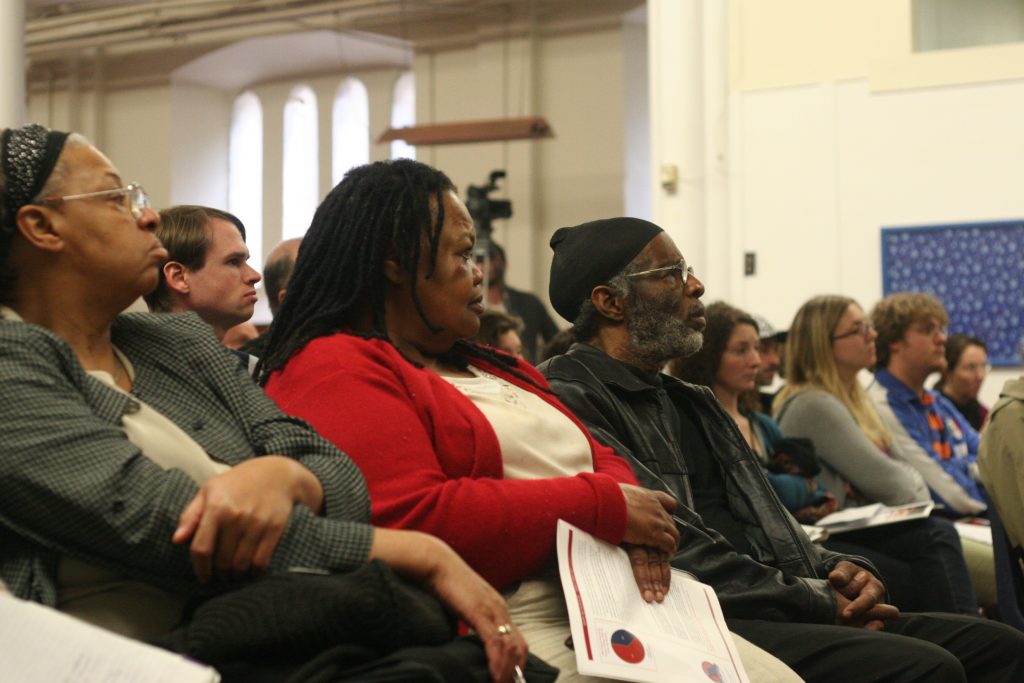 The 2011 and 2012 Open/Closed Forum on Vacant Property and Shuttered Film Festival (the latter of which was hosted only in 2012) brought together residents and practitioners to critically examine issues of vacant property, public sector intervention, and the social impact of disinvestment.

Handbuilt became a brand under which I did business 2011-2015, working as a consultant for a handful of investors developing properties in St. Louis, Chicago, and Northwest Indiana. I mostly left the anemic job market in St. Louis behind at the beginning of 2013.

Wearing various hats as a paralegal, construction manager, project manager, and financial analyst and working with a small team of associates, I helped private equity prospect, acquire, and build out portfolios of several hundred residential and commercial properties. These were principally but not entirely from delinquent tax rolls. Most were long-vacant homes. I developed a handful of homes in Gary’s historic lakefront Miller Beach neighborhood. I also worked with local residents and aspiring, nascent real estate entrepreneurs to acquire their first or second rental property.

During this time, I trained extensively in BPI, RESNET, PHIUS, and LEED stuff for energy efficiency and sustainable design, and attended the Summer Institute on Sustainability and Energy at the University of Illinois at Chicago. (I place this experience among the top five experiences I’ve ever had, along with later participating in POCACITO in 2016 and riding RAGBRAI in 2017.)

In an effort to better inform my work in real estate development, I worked to further my knowledge of trades. I got specifically interested in woodworking. I learned from master woodworkers working in cabinetmaking and furniture design.

I started out not being very good at it. But I studied, developed my own specific areas of interest, and made some pretty things. Most of my interest in this field has, ahem, dovetailed into my interest in other topics of craft and production, and has examined the question of how to balance competing interests of ergonomics, durability, sustainable sourcing, and cost effectiveness. I did a decent amount of experimentation.

Some experiments worked, like one involving a granular level of attention to woodshop processes to create a streamlined, small production line. Other projects– like one to create a modular design for knockdown cabinets to be used in renovating affordable housing as a means of undercutting bargain Home Depot prices while also looking better than the awful, off-the-shelf, unfinished oak cabinet stock du jour- were more thought experiments, and involved extensive research, design, and planning, but never got off the ground. 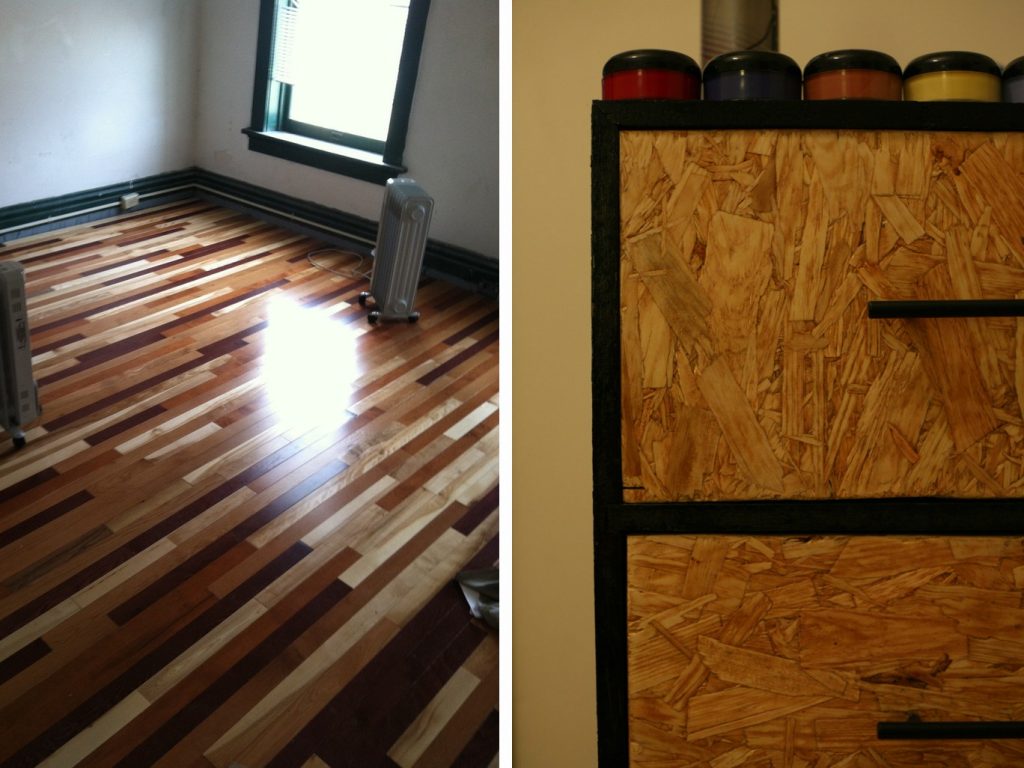 Left: Sustainably-sourced, mixed North American hardwoods with a mixture of finishes for a bedroom in an apartment renovation. (St. Louis, 2011). Right: Furniture built from OSB salvaged from a construction site, finished with water-based stains and shellac, finished with PVD-coated, professional grade cabinet hardware.

I connected with my first mentor, Rick Funcik, through a Woodcraft store. Rick was principally a cabinetmaker and had an orderly, well-maintained shop in the hills of southwest St. Louis County’s inner ring. I studied here in a small class of students and developed a strong appreciation for the questions of ecology and naturalism that underlaid many questions of the timber industry and production of wood products. I later rented space in a shared shop space in south St. Louis where I learned from a bunch of other old-timers who were irritated about some young whippersnapper asking them questions all the time, though helpful. 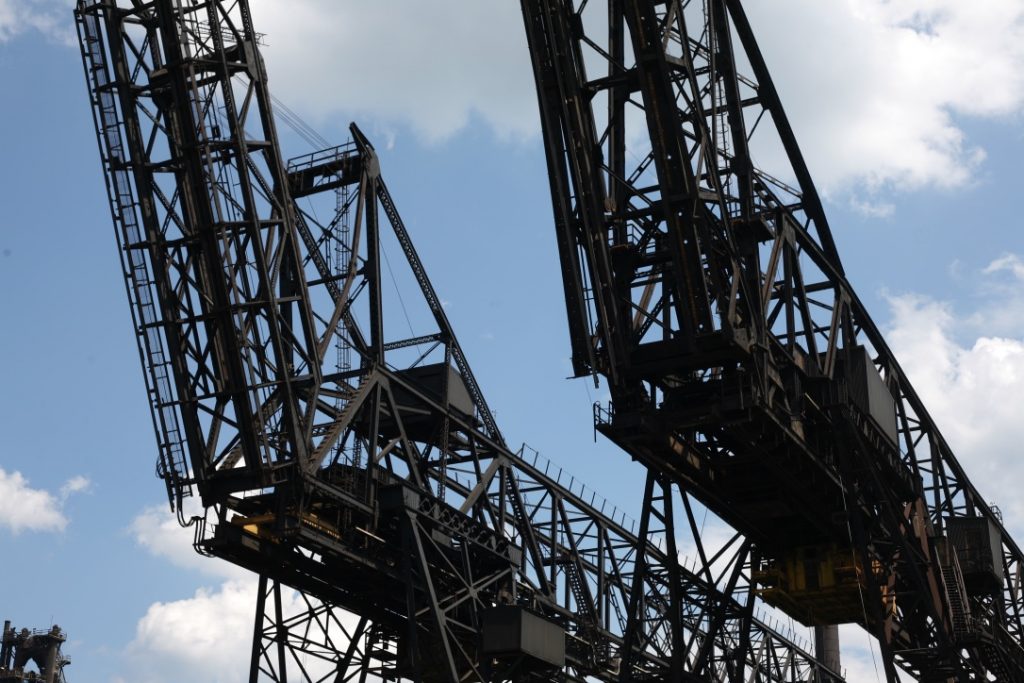 I was recruited to the Cuba of the North, or the Paris of the Rust Belt, in 2015 to provide consulting, analysis, and operations management for a private investment group grappling with a complicated but lovely portfolio in the 7.2, those innermost square miles of Detroit. I provided market research into hospitality finance. I helped build out industrial loft space. And, as is my wont, I periodically found myself poking around in mechanical rooms of old motor factories in the hood with a headlamp and a voltage pen. I learned a lot about how not to do real estate development. 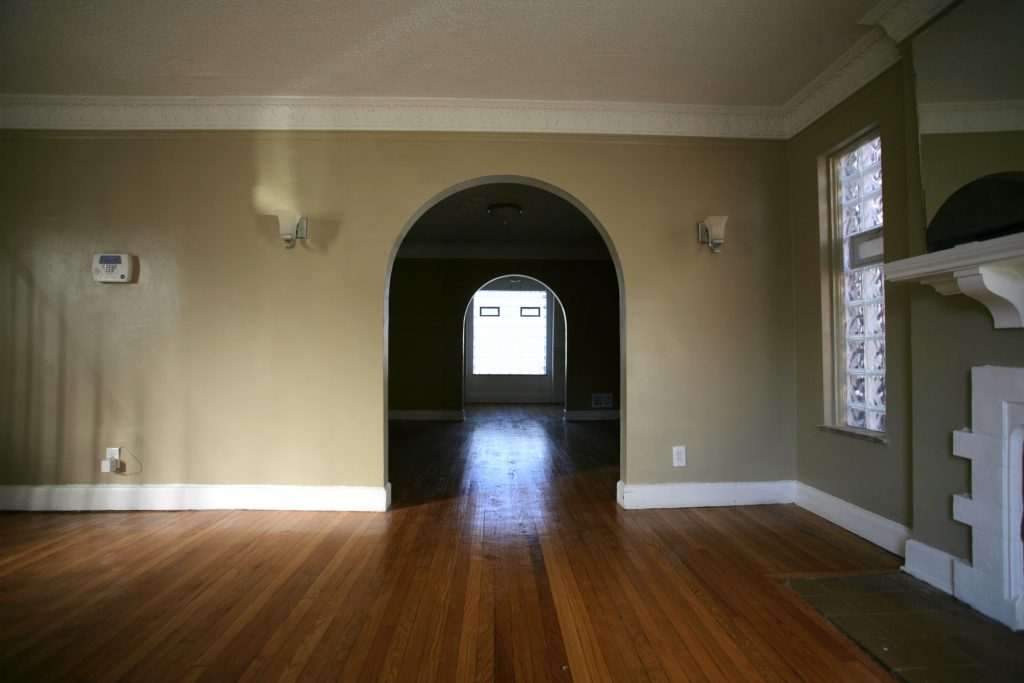 One of the homes in the Marygrove program with then-Talmer Bank on the west side of Detroit. Talmer’s program funded a partnership between the bank, Southwest Housing Solutions, and the Detroit Land Bank Authority to create dozens of affordable housing units in an architecturally stable, though disinvested, historic neighborhood.

I put Handbuilt ventures on the back burner from 2015-2017 while I worked full-time for Southwest Housing Solutions to manage their housing development partnerships with the Detroit Land Bank Authority, Chemical Bank (née Talmer), Flagstar Bank, and the AFL-CIO Housing Investment Trust. I was a 2016 summer fellow of the Ecologic Institute’s POCACITO program in Germany, and I have since hosted POCACITO fellows in Detroit. In October 2018 I did a six-month stint with the city of Detroit’s Buildings, Safety Engineering, and Environmental Department. I worked with an internal staff of 150+ inspectors, 50+ clerical staff, and about 75 external inspectors, mostly on lead safety as part of the city’s rental registration program.

Post-BSEED I began an MBA from the Kogod School of Business at American University. I wrote five articles about our program in Toronto and Montreal in September 2019. In Montreal, our student team developed a product proposal for a mobility product that would serve both the Francophone and Anglophone markets. I expect to complete this program in 2020. 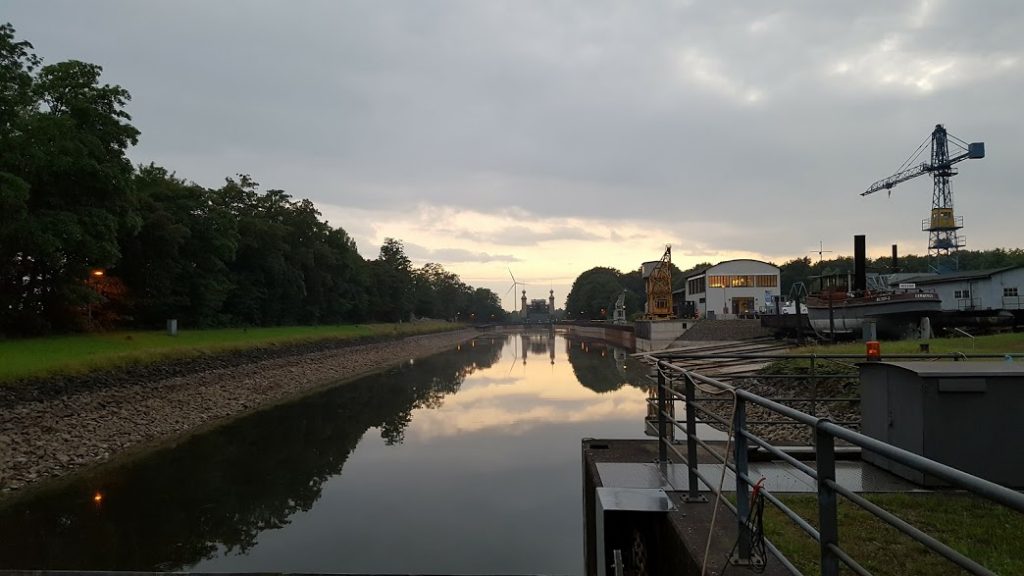 During POCACITO in 2016, a group of us attended the goings-on for ExtraSchicht (Extra Shift) in the Ruhrgebiet of the German state of Nordrhein-Westfalen. ExtraSchicht is more or less a regionwide block party that celebrate’s the region’s industrial legacy. Here we are looking toward a Schiffshebewerk (Ship Lift Works), a classically overengineered German invention that avoids the inelegant mess of a lock system in favor of a gigantic series of tubes that raise and lower ships on the river.

In November 2019, I passed the AICP exam, enabling me to become a full-fledged professional planner.

I am also working on finishing and eventually publishing my Construction and Design Standards Guide. The CDS guide is a heavily editorialized, technical “how-to” manual on residential construction in Rust Belt capital climates. It aims to advance construction techniques for energy-efficient, resilient construction and good design. The guide evolved from a one-page cut sheet I produced for Southwest Housing to standardize the process of scope development, eventually turning into a hundred-some page book, and it also won an honorable mention at the Michigan Governor’s Energy Awards in 2016. I am also working on Detroit Park City, an atlas of parking lots in the Motor City that proposes development alternatives for hardscaping. I’m also working on advocacy efforts and research for the RTA 2020 ballot initiative in Southeast Michigan.

I currently reside in Southwest Detroit in a charmingly renovated, 1895 house that I share with a few roommates, Cavalier King Charles Spaniel Rat Terrier Mix Jack and Cavalier King Charles Spaniel Moona, and fancy rats Harriet, Biscuit, and Theo. I’m an active member of the American Planning Association, Transportation Riders United, Detroit Young Professionals, Young Professionals in Transportation, Detroiters for Parking Reform, the city of Detroit’s Green Task Force, and the statewide Energy Waste Reduction workgroup convened by the Michigan Public Service Commission. I can be regularly found riding with the Beat The Train bike club, which tours Detroit starting from behind the Michigan Welcome Center at 0630 every Saturday morning for six months of the year, at Pubstumper’s Trivia at the historic Victoria Tavern, at Avalon International Breads, exhaling for downward facing dog at Detroit Yoga Lab, or roaming the riverfront.

Free to reach out on my LinkedIn: