Canada Trip I – Via Rail to Toronto 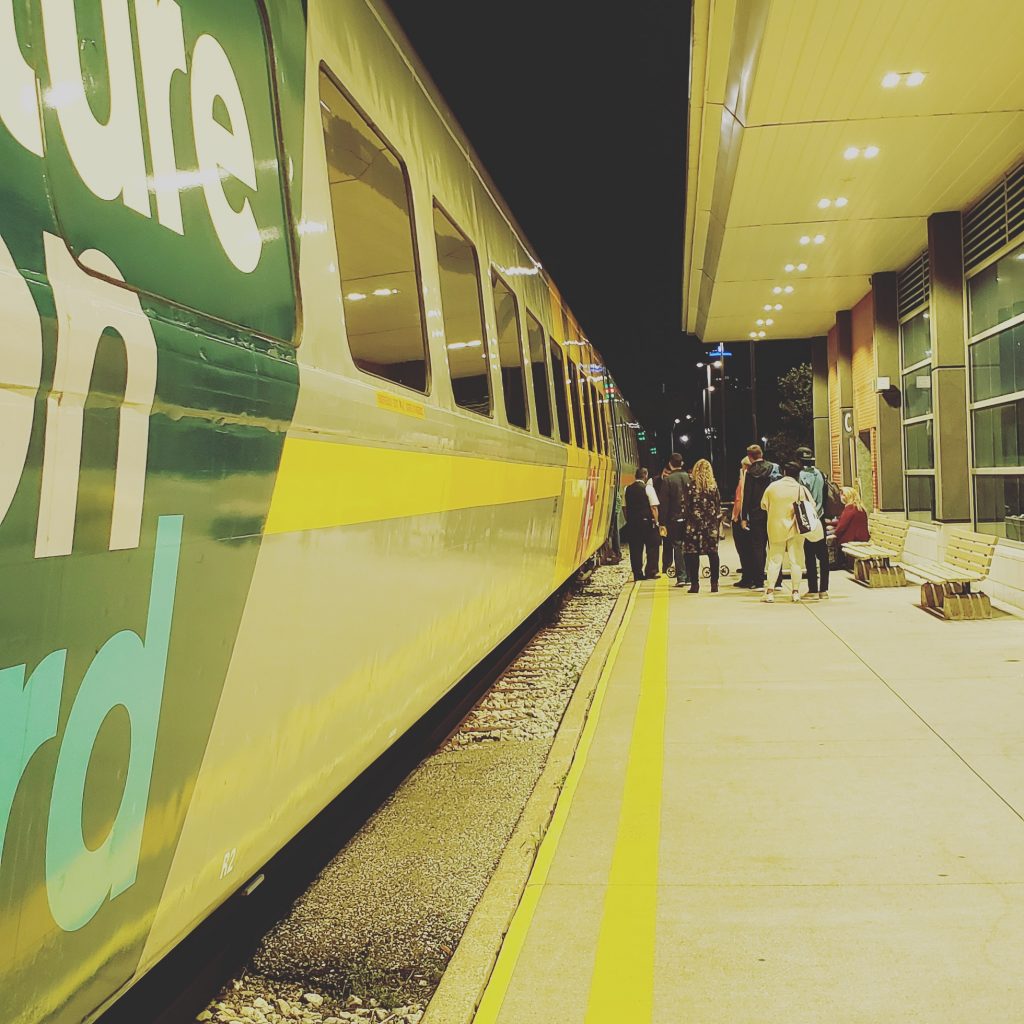 The Old 70 as she prepares to depart for Toronto. The Eye of Sauron, a.k.a. the gigantic, LED billboard atop the Renaissance Center in Detroit, can be seen in the distance.

I’m in Montreal and Toronto this week for a program through Kogod. The topic is marketing in a cross-cultural setting, and it’s been the first class whose content I’ve actually really enjoyed. One article– definitely the most conceptually interesting I’ve read since starting B-school- proposes a theory of “antiservice,” exploring the bizarre things that happen in consumer systems when you intentionally and systemically screw people.

Reflections on taking the 5:30 train from Windsor, I have to say that the rail trip to Toronto is a thoroughly pleasant one. The most noticeable thing looking out the windows from the train– as well as from the far-less pleasant drive up the 401- is the relative absence of sprawl and, almost universally, the absence of billboards.

Hating the 401 is as Canadian as maple syrup, Tim Horton’s, or hockey. But there is something really nice about having a corridor free of billboards promising eternal salvation, deals on RV’s, or both in the same string of ads. (Indiana, state of the great twofer!) Heck, even the Wi-Fi works on Via Rail.

What would it be like to have a civil society, where things worked, where policymakers were a smidge less enamored of austerity?

God bless America, am I right?