At the risk of seeming like all I do is think about parking lots and protected bike lanes (which, admittedly, is a large portion of what I think about), I wanted to deviate from this in the spirit of the holiday season. I’ve been thinking about a series on Burgurbanism where we go around and eat a bunch of food and think about restaurants in the context of urban economy.

After all, most restaurants are small businesses, and small businesses are where economic growth happens. Restaurants alone contribute to hundreds of billions of dollars of economic product. They’re also, in my opinion as an avid traveler, probably the best way to really get to know a city. You don’t discover a city through its Applebee’s. You discover it through locally-owned businesses.

At a recent dinner at the vaunted, new Smith & Co. that I characterized as mediocre at best, I started thinking about this question of the best dishes in all of Detroit. Here’s what we came up with:

12.  Kuzzo’s Shrimp and Grits (Kuzzo’s, 19345 Livernois, Detroit, MI 48221, $$): If you’ve got a few hours to kill (i.e. don’t mind a train wreck of kitchen production), Kuzzo’s has some of the best chicken in Detroit. I know this dish in particular isn’t chicken. But I’m a sucker for shrimp and grits. And I’m not paying $26 for it in Midtown. A close runner-up (possibly tied) is the red velvet waffle with chicken– doused in hot sauce, no less. It is like a chocolate donut– a perfect, mouthwatering melange of everything I don’t need to lower my combined cholesterol count. Support black-owned business in the Livernois corridor, which has struggled with an interminable street-re-scaping project. (Yelp link). 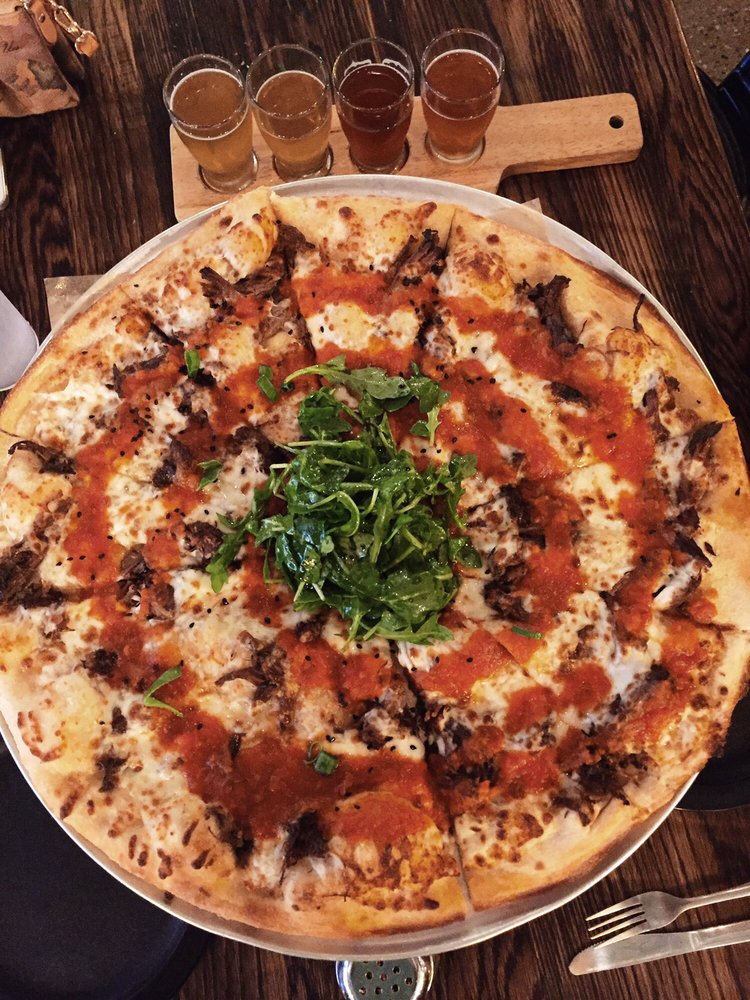 10. Rasgulla (Kabob House and Mouchak Sweets, 11405 Conant St, Hamtramck, MI 48212, $) – I’ve traveled across the land trying to track down rasgulla. I would ask every time I came into Kabob House, a Bangladeshi joint in what I’m pretty sure is a converted, old funeral home in Hamtramck. We are usually the only people in the restaurant. But they do a good takeout business, too, and also cater. Every time they’d tell me, “sorry, not today,” until I finally demanded to the backstory. “Our pastry chef moved back to Bangladesh,” the guy explained, sheepishly. (Oh. You coulda said!) But they have apparently returned. And they’re delish. Anything else from Kabob House is pretty reliable, including the saag, butter chicken, dal, and goat or lamb anything. However, if you really want some amazing Bangladeshi food that you’ve probably never had before, keep an eye out for the Bandhu Gardens pop-up. (Yelp link). 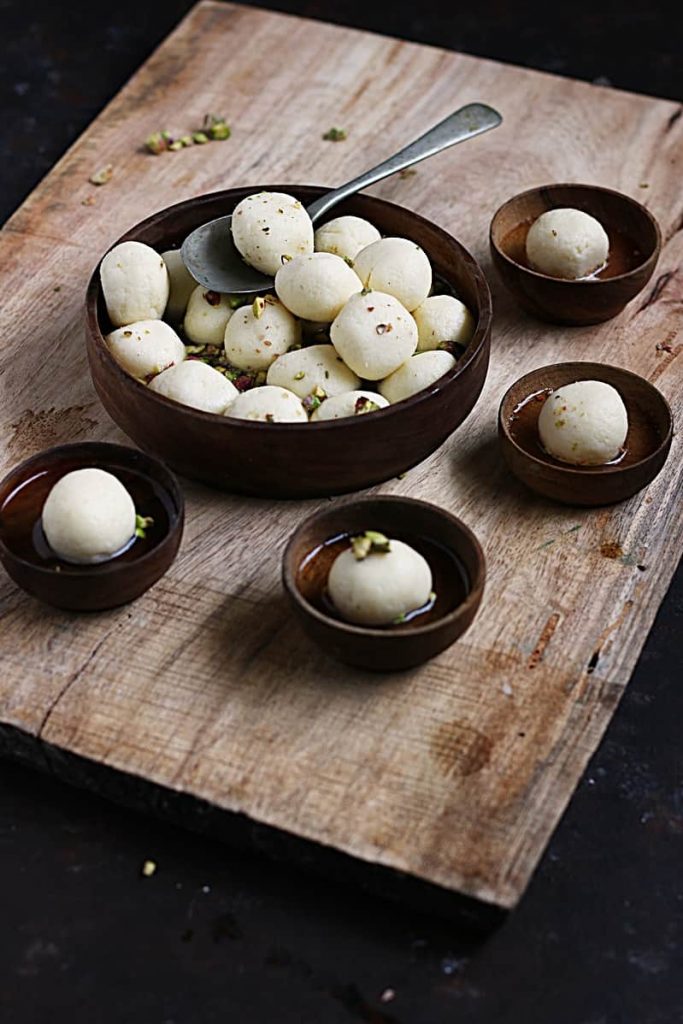 09. Som tam (papaya salad; Takoi, 2520 Michigan Ave, Detroit, MI 48216, $$$): Honestly, I’m not a huge fan of the restaurant formerly known as Katoi. While I appreciate the music, the moody lighting, and the industrial-chic vibe, the menu is a lot of “the lights are on but no one’s home.” I suppose, the lights are off, actually, because it’s super dark in here. It’s a lot of the right flavors, but the execution ranges from inconsistent to sometimes bizarre. The papaya salad, however, is worth the trip on its own. (runner-up: the Thai place as Detroit Shipping Co., which has a great som tam as well, if you like a more broey, lively, less swanky vibe). (Yelp link).

08. Camarones con rajas (Peso Bar, 547 Bagley St, Detroit, MI 48216, $$): Rajas (literally slices or strips– of roasted poblano pepper, in a creamy sauce) is something I was introduced to by a Mexican cook in Northwest Indiana. I had never had it before, and it’s hard to find in the Jalisciense cuisine of Southwest Detroit. I’ve met a few Mexicans who have told me they have no idea what I was talking about. Layer this atop fried shrimp and arugula and smoosh it down onto a sandwich, and that’s Peso’s offering. Peso is the third iteration of the space at the corner of Bagley and 18th street, following the short-lived Huron Room and the shorter-lived-yet Fist of Curry. Which I never visited, but heard was quite good. Peso also offers some amazing elote. Wash it down with a fancy paloma made with delicious, lightly smoky mezcal, or any other of a range of next-level cocktails. Support Latino-owned business! (Tie: Detroit Vegan Soul, DVS millet burger). (Yelp link).

07. Korean bulgogi sandwich (Dime Store, Chrysler House, 719 Griswold St #180, Detroit, MI 48226, $$): Dime Store has been a mainstay of downtown brunch and lunch since it opened in 2014. Service is great and it’s one of the few places in New Detroit proper that consistently manages an unpretentious vibe, though it is heavily populated by the downtown business scene. The Korean bulgogi sandwich has perfectly marinated meat, julienne vegetables, and you can get it with a side salad of dank salad greens. Support black-owned business! (Yelp link).

06. Prosciutto, arugula, and egg pizza (Ottava Via, a.k.a. Eighth Street, 1400 Michigan Ave, Detroit, MI 48216, $$): My partner and I are both from the Northeast. We lament whatever this bizarre, smooshy cheesy bread is that they call “pizza” in Detroit, so far from our native lands. For in New Jersey, pizza actually grows on trees, and the streets are paved with good food. That’s Italiano! *chef’s kiss* But I digress. This thin crust pizza is fairly straightforward, but it’s got a runny egg on top of a bed of arugula with some prosciutto thrown in. Ottava Via is also a great spot either as a neighborhood bar or for date night. (Yelp link). 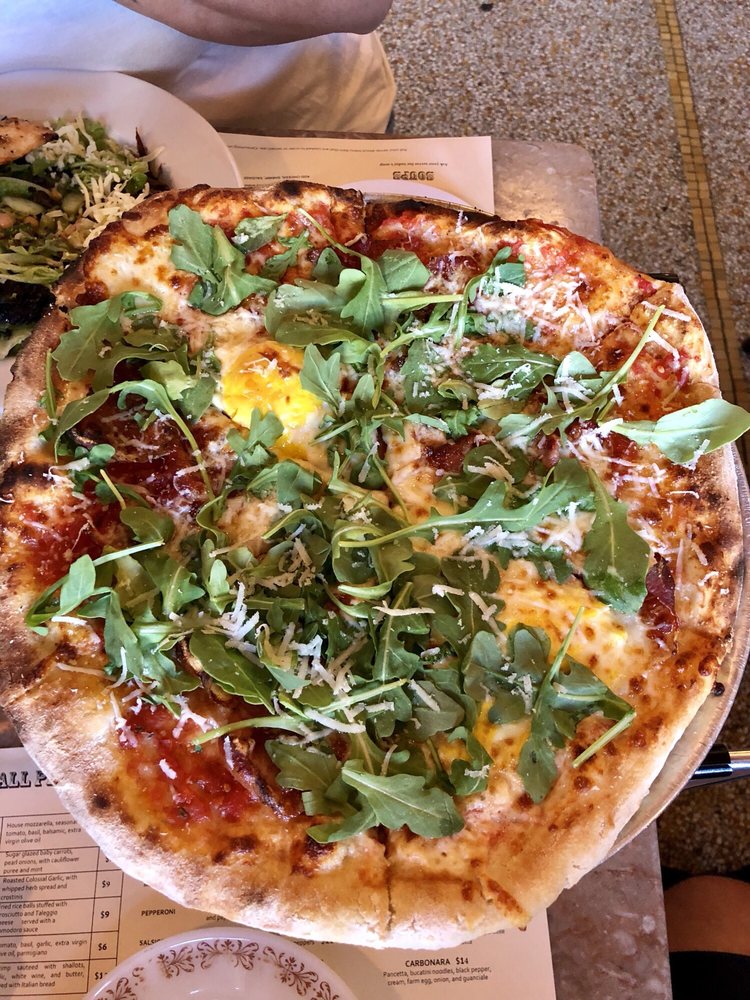 05. Forest bowl (Ima, Michigan Avenue, $$): Ima’s minimalist interior is complemented by a straightforward menu, fast service, and a satisfyingly simple menu. The forest bowl and the spicy pork bowl are both great, but the forest bowl offers a bit more depth. Support black-owned business! (Runner-up: Shoyu bowl from JNK, which is the only bowl on JNK’s menu that I like, but I love it). (Yelp link).

04. Salteh (Yemeni lamb stew, Sheeba, 13919 Michigan Ave,
Dearborn, MI 48126, $). I was introduced to Sheeba by a friend who assured me that it is the real deal. The bread is perfectly toasted and slightly more interesting than your average pita. But the stew bowls are where it’s at, and you can get a few different varieties to suit your dietary and gastronomic objectives. They come in a range of spicyness. They’re not going to win any awards for elegance or presentation, but a range of rich flavors come through in this well-balanced dish. (Yelp link). 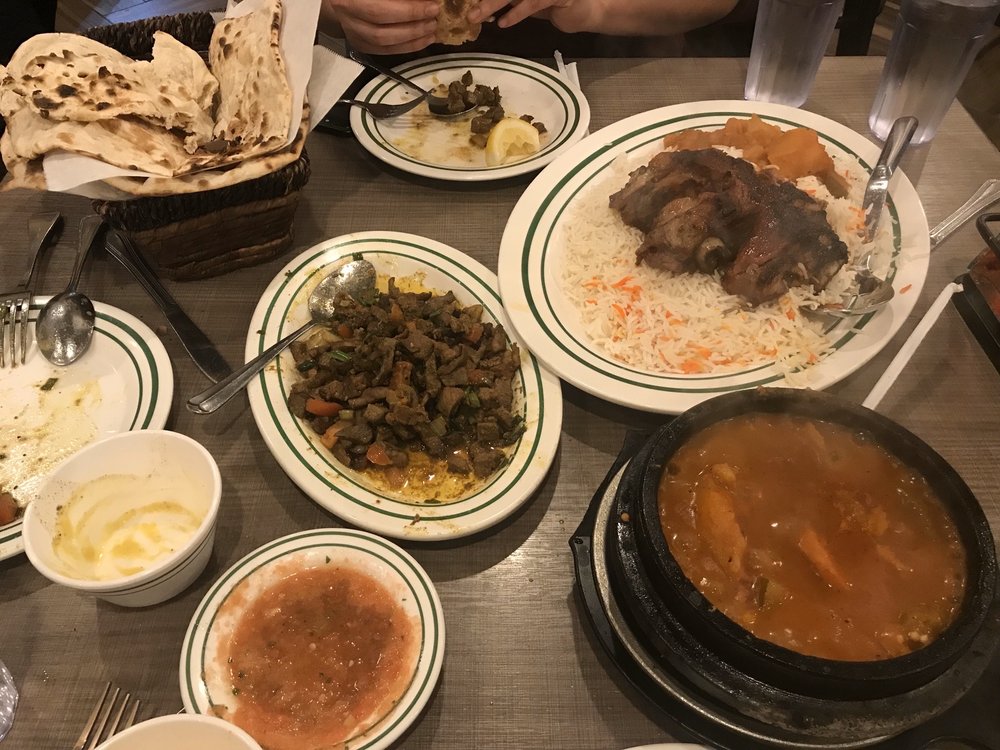 03. Tofu banh mi slider (Green Dot Stables, 2200 W Lafayette Blvd, Detroit, MI 48216, $): Green Dot is one of a few remaining restaurants left in New Detroit that’s both affordable, serves a diverse clientele, and is unapologetically unpretentious. The demise of the chimichurri quinoa slider, a perfectly fried, perfectly cylindrical patty of lightly crispy whole grain, was a sad day, indeed. But I settled for it given the arrival of a new sandwich. Marinated, fried tofu with julienne veggies on a regular old potato bun. Our New Jersey native friend insists that it’s also the closest he’s come to finding a place that feels like home. ($3) Wash it down with a Zug Island Iced Tea for another $3. (Yelp link).

02. Goat barbacoa (La Noria, 5517 Michigan Ave, Detroit, MI 48210, $$): The much newer, sister restaurant to El Barzon, across the alley, La Noria similarly boasts the unusual Mexican-Italian menu. You can get a few stellar pasta dishes. You can also get the goat barbacoa, a perfectly brined meat that melts off the bone. (Yelp link).

01. Korean bowl (Rock City Eatery, 4216 Woodward Ave, Detroit, MI 48201, $$): RCE has come a long way from its humble, spatially-limited venue in Hamtramck on the main drag. It used to be my go-to when I was in the mood for something classy but didn’t want to leave Hamtramck. It was also one of the first places I discovered in Detroit when some former employers wined and dined me here. So, this is perhaps my all-time favorite Detroit dish, boasting an umami tsunami with a variety of fishies, veggies, tteok (deliciously gummy slices of rice cake), and noodles. I wanted to put the roasted Brussels sprouts on here (which feature Thai basil and a sweet chili sauce), but I was told that “everyone has Brussels sprouts these days.” It is not untrue. (Yelp link). 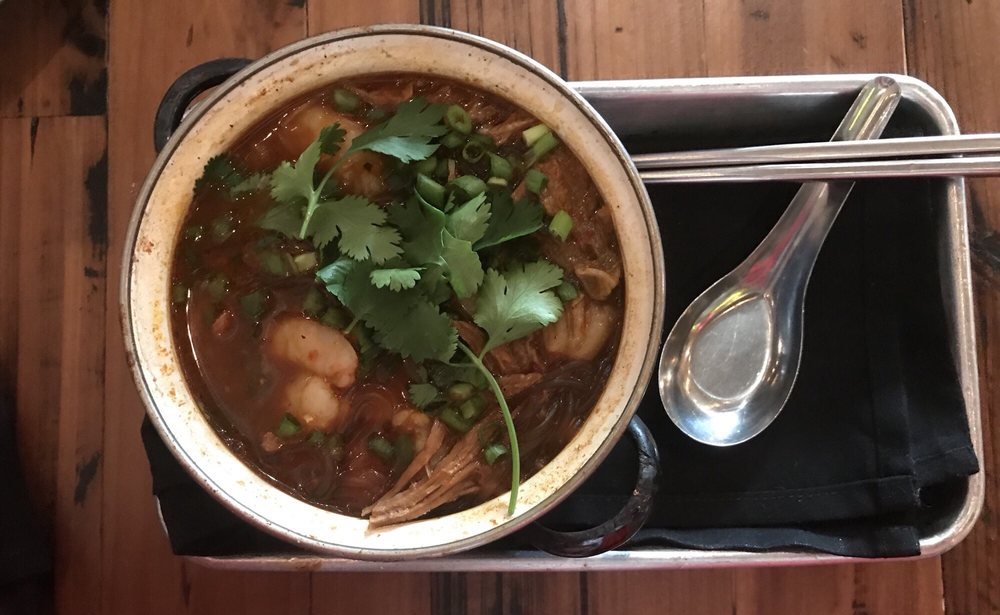