Can We Fix Wall Street With Taxes?

I woke up to a particularly fun article from Business Insider. I had slept well. But I had a dream that my dog had two heads, Voldemort style, which was admittedly, uh, pretty weird. (I blame Talenti.)

Turns out Jamie Dimon objects to Democratic presidential hopeful Elizabeth Warren’s plans to tax rich people. Color me shocked! He claims that she vilifies successful people. My first inclination was to just scream into the void. I’d like to remind Dimon that the taxpayers spent billions on Chase. Does that define a self-made millionaire or billionaire?

But the article made me think. Can we fix the economy with taxes? Can we fix Wall Street? Will Warren’s proposal for a wealth tax work? Will Bernie Sanders’ Wall Street transaction tax proposal work? Can we combine them?

Let’s look at both and look at what other options we might have.

First: Jamie Dimon isn’t the only one who’s not excited. Bizarrely– though I didn’t think such a thing was possible- the Wall Street Journal has in recent years moved even farther to the right in attacking proposals to regulate and tax big business. They are, unsurprisingly, not fans of Warren’s proposal, which would essentially force rich people to reckon with their growing stockpile of wealth that, economists agree, provides little to no tangible value to the economy.

WSJ’s Richard Rubin (not to be confused with the historian) even went so far as to argue that taxing the rich to fund social programs and make society a better place– is actually bad because it would shake up philanthropy. Let’s remember that billionaire-funded philanthropy is wealth derived from creating the problems that the billionaire-funded philanthropy is then trying to solve. Kresge Foundation? K-Mart. Walton Family Foundation? Wal-Mart. But that, as they say, is a whole ‘nother article.

It should not be a surprise to anyone that some people just hate any and all taxes. Never mind that they love deficit spending and trade wars. Even when those things contribute to uncertainty and a decline in foreign direct investment.

Sanders’ proposal would tax each market transaction on Wall Street.

Before you think, wow, that’s huge, let’s look at how things have changed in recent years. The stock market is far from what it used to be. Owing to the maturity of western economies, growth numbers that used to be there are simply not anymore. This is true in everything ranging from venture capital to large cap stocks.

While it’s theoretically more transparent and access is theoretically great (thanks, interweb!), market entry is still tough. A company looking to go public has many a hoop to jump through. So, while the stalwart crusaders sticking to that increasingly unpopular and demonstrably bogus idea that Mr. Market is all-knowing, free, and will fix everything, we’re faced with the reality that things are actually becoming less equitable.

We’re also losing things like economic mobility. And growth rates are slowing while debt is ballooning.

Wall Street hates the idea of a transaction tax because it would really throw a wrench in what has become a super messed up business model– trading massive volumes to derive profits solely from the bid-ask spread, something that has been likened to skimming pennies from transactions that don’t actually create wealth for the average investor.

If you’re unaware, stock markets work like any other market, where you offer to pay a certain price and someone else may or may not sell to you. The largest volume by percentage of trading is done by gigantic investors. They derive profit in no small part from razor-thin spreads per transaction. And– it gets better- most of it is done by an increasingly sophisticated array of robots, bringing to mind this great tweet from a 2018 mini-crash:

This isn’t a new thing, but it’s gotten a lot worse in the past few decades. Markets didn’t operate fast enough to allow high-speed, high-frequency trading until the 1980’s, and valuations were only decimalized (they were previously fractions!) in 2001.

The funny thing, though, and a point I’ve raised frequently, is that most professional money managers and investment funds perennially underperform (random) stock market indices. That means that most times when you’re putting your money in the hands of a “professional,” you’re getting a worse return than if you were to just park your money in an automatically managed fund. This is true with the chartered advisor down the block as it is with hedge funds as it is with even venture capital funds.

Yea, tho the wealthy few may chase the unicorns, few ever find one.

(As a personal aside, my own investments also have underperformed the S&P 500 in the past few years. But I’ve realized few losses. And, if the market crashes, I’m well-protected to the point that I will actually make money. That’s a risk I’m willing to take. Incidentally, the Wall Street Journal thinks that the stock market still has a lot of runway left! Noticing a trend yet?)

Skeptics of Sanders’ proposal say that Wall Street will simply move their efforts to something else to make the bucks. Derivatives, for example, or new bond products. Collateralized debt obligations (CDO’s) and credit default swaps (CDS’s), among other products, were deployed in novel ways in the 2000’s and broke the market.

So, this proposal can’t be deployed in isolation.

A wealth tax might be a good start. It creates a disincentive for the wealthy to hoard capital. Warren makes the case that the problem can’t be solved through increases on annual income taxes alone because so much wealth is already being hoarded. Wealth held, as opposed to capital invested and reinvested, does not add value to the economy. The trillions of cash held in reserves by US corporations and the trillions held by billionaires simply loses money to inflation since it isn’t being spent. The argument is that it’s better to lose a percentage point or two to inflation than to have it invested in something less secure than the almighty dollar. Who knows? You also might need to buy a new yacht. Or a yacht to park inside your other yacht. Yachtception.

It’s inefficient. Though Reaganomics, Trumponomics, and WSJ types will insist that it’s “unfair” to tax these people’s wealth while also arguing in the same breath that their interests are in an efficient, growth-oriented market. 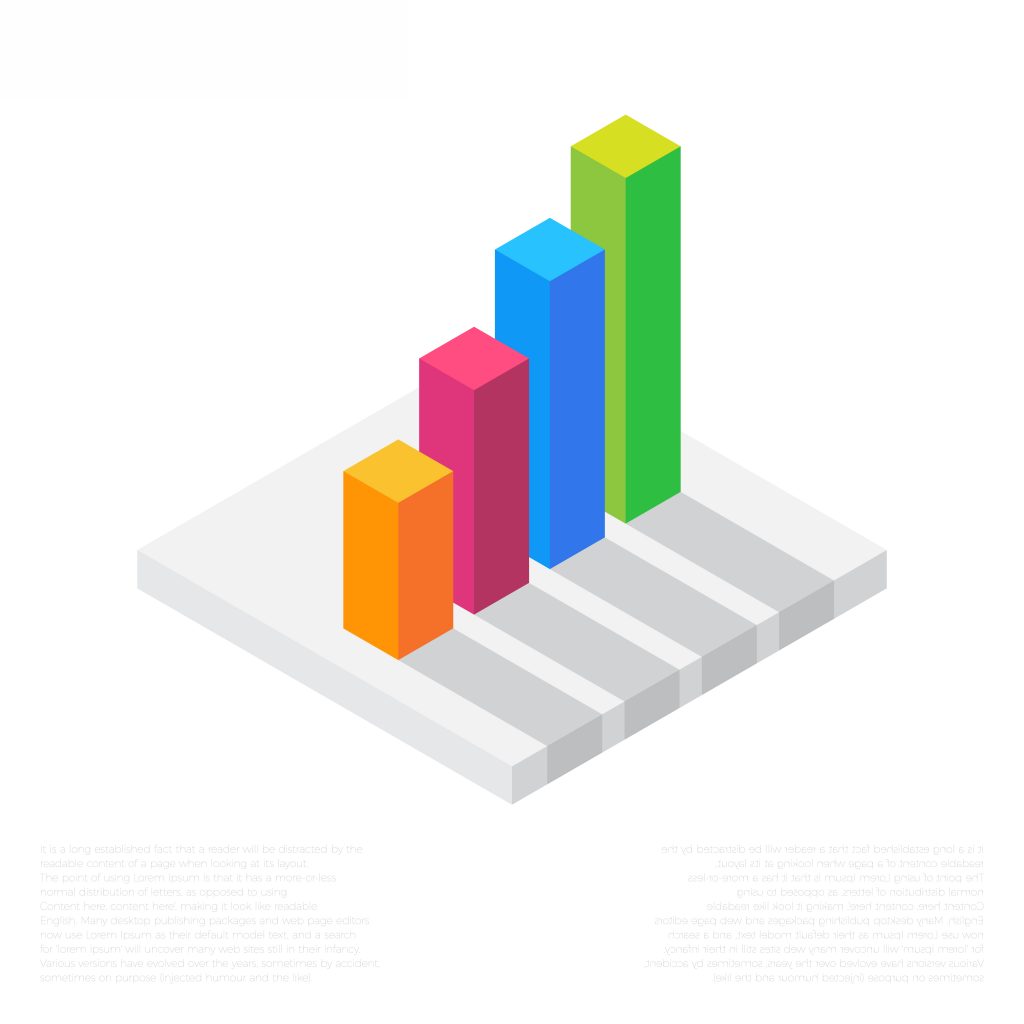 My brother, a statistician, ecologist, and nerd of the highest order, came up with this idea when he created a since somewhat ill-attended platform for a virtual currency many years ago. The idea is that the currency would depreciate if you didn’t use it, encouraging continuous barter, exchange, and sale. Encouraging exchange to increase productivity rather than encouraging wealth hoarding? Radical, I know.

Such a tax could also be phased out over the course of a generation or two– it need not stick around forever if we can fix the other leading drivers of inequality. But, that said, good luck getting policymakers to think ahead more than the next election cycle.

IN SUMMARY: SOLUTIONS WORKING IN TANDEM

Here’s a summary of the ideas.

Anywho. It’s unclear whether any of these proposals will succeed. It is unfathomable to me that the reanimated corpse of James Buchanan couldn’t defeat Trump in 2020. In the dubious event that Democrats win the White House, Senate, and retain the House, policymakers will be clamoring to figure out which of these to implement and how.

In the mean time, I’m sorry to Jamie Dimon. I really am.

Channeling 2Pac: “I feel you, Boomer, trust me, I feel you. Last recession, we poured out liquor for you. This recession, Boomer, life goes on.” 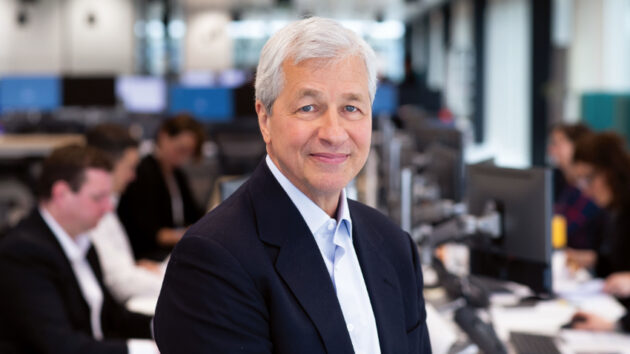 Jamie Dimon doesn’t like how Elizabeth Warren “vilifies” successful people like him, who pulled themselves up by their bootstraps and didn’t ever get a bailout of $12 billion taxpayer dollars. (JP Morgan Chase photo)