Bad Ideas And Bad Companies Do Not Need Your Defense

I was out for happy hour the other night with a transportation group. In spite of its legendarily bad public transit system, Detroit’s accompanying scene is expansive enough to boast sub-niches: There is a transit justice and organizing group, a transit justice and advocacy group, a scene of techy “mobility” nerds who just love autonomous vehicles, and, in this case, there is a group of, well, vaguely defined transportation professionals at large but with a vaguely more public focus.” It was a diverse group– something I’m always glad to see in a city that has a mysteriously high number of highly educated white guys “representing” the interests of a majority black city. 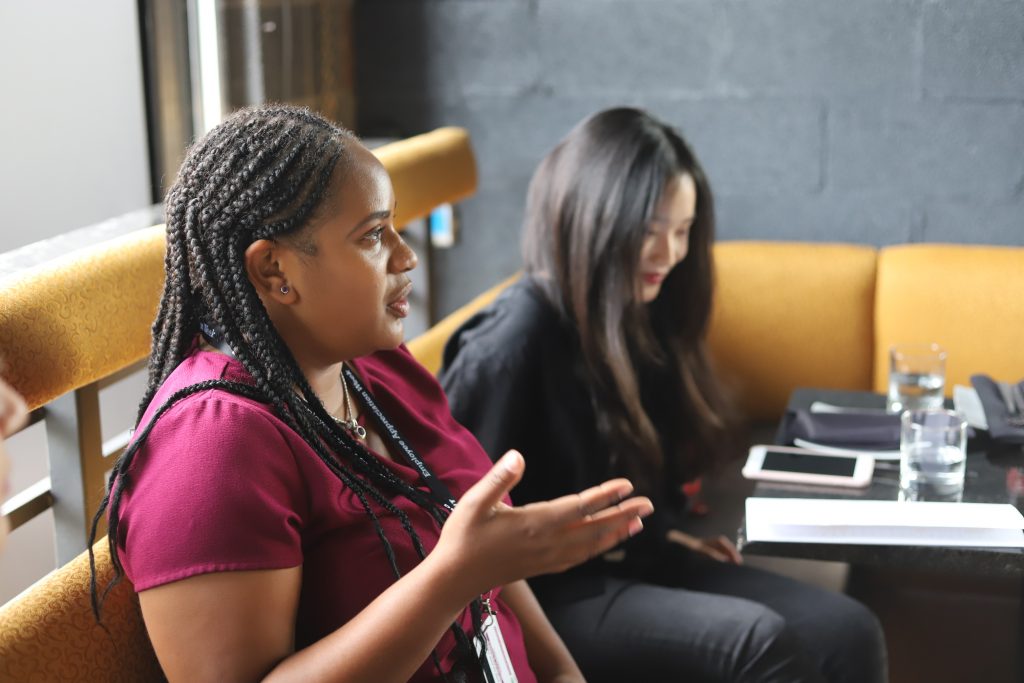 I biked from home in Southwest to the Detroit Shipping Company– and back when I realized I had forgotten my keys- and back again in time for the 5:30 departure, only minimally sweaty (Verily I say unto thee– it is great having an eBike, though I really wish there was such a thing as a biometric bike lock– get on it, Kickstarter!). We bussed downtown on the FAST (SMART), sipped and supped at a hopelessly trendy sake bistro— with tiki inclinations, no less- and then bussed back on the Dexter (DDOT), all using the same farecard (what a time to be alive!). Represented were Detroit’s own General Motor Carriage Corporation, HNTB, AECOM, AAATA, DDOT, the city’s mobility office, and the Center for Automotive Research (a.k.a. CAR– you see what they did there, of course).

The conversation invariably turned to The Future. I toasted a tiki drink to regional cooperation, on which we are all betting through hopes on a new, less awful Oakland County executive (one of the wealthiest counties in the country, led for years by a drunk racist who staunchly opposed regional transit expansion or cooperation with Detroit and who has gone the way of the Koch).

IN DEFENSE OF THE TRUCK

So, we all agree that we like buses and that we need more buses, more trains, and better infrastructure for things that aren’t cars. What we don’t agree on is the role of autonomous vehicles or the future of the automakers. I’ve always called AV’s a conceptual tour de force in an intellectual desert, borrowing a phrase from one of my heroes, who used the term to describe genetically modified crops. It’s not that the technology is a bad idea or fundamentally flawed, he argued, it’s that it’s not rooted in a robust context. This is especially true in the case of AVs given how little we have invested in comparison into transit systems– and how studies increasingly show that “innovative” services like Lyft and Uber actually increase traffic. Companies like GM have spent billions on AV’s with no strategy for profitable exit or, indeed, commercialization at all, on any sort of horizon.

Most experts agree that within a few decades, many fewer people will own their own cars. And yet, in spite of how little money we have invested in public transit as a society, one of the arguments that always comes up is that of apologism for the automotive industry, which is, by any estimate, in decline. This is especially true in Michigan, where we simply cannot let go of the obsession with the monumentalism of the Big Two and a Half. 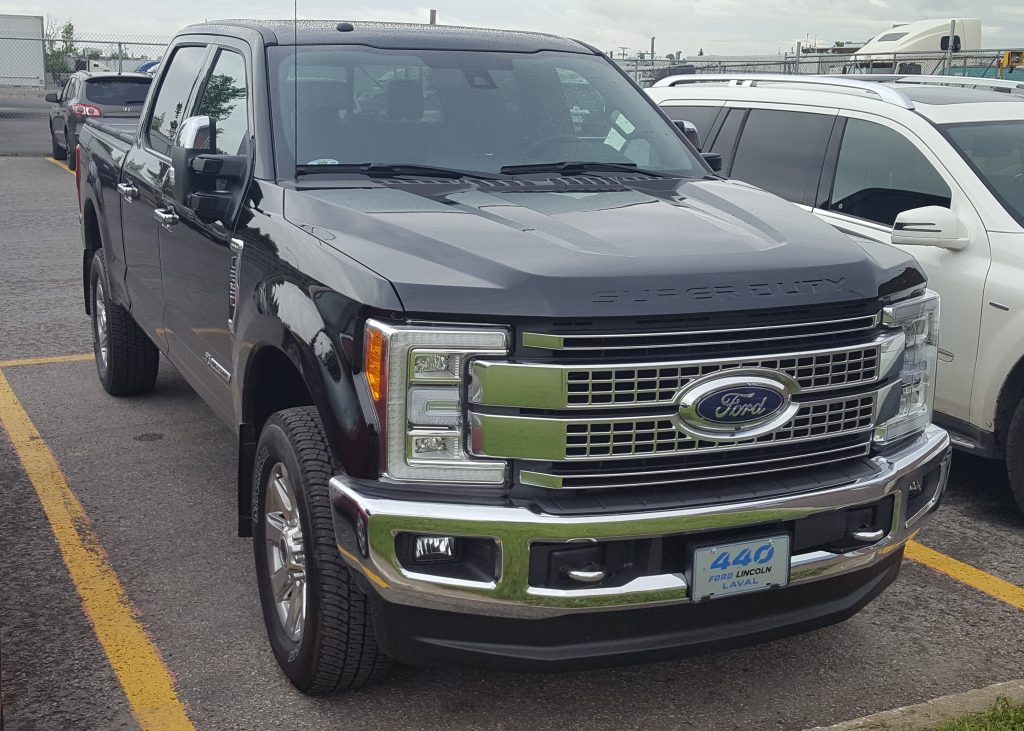 Truck apologism was an important part of the conversation. “Trucks,” the apology goes, “are highly profitable, so it’s important to sell as many of them as possible in order to fund cool things like divisions working on autonomous vehicles and emergent mobility solutions.”

One of my colleagues who worked for such a division of one of the Big Two and a Half before, well, that company started downsizing that division and she quit, insisted this to me as well for many moons. Get a six figure salaried, white collar GM employee drunk and they will tell you about how much they hate their jobs and how much they hate selling trucks. But complain about the truck-dependent paradigm to that same person and they will push back with ineffable vitriol. How can trucks be The One True Way if truck sales are at an all-time high and these companies are still downsizing alternative product lines Perhaps because growth is finite but greed is not?

One gentleman dug in and went so far as to argue that trucks are a “recession-proof” product, because business owners can write off the cost of a truck. This, of course, isn’t backed up by any evidence. So, I’ll just ask: Why do people feel the need to defend these companies? We could rehash the age-old debates about how they’ve been terrible corporate actors– thinking about the debacle that was the GM Poletown project, or the auto bailout and the golden parachutes that said bailout mysteriously did not prevent. I don’t want to rehash that, ’cause that’s another rabbit hole. These companies suck by a number of metrics. And what’s more than that, they don’t need you to defend their virtue over happy hour.

But, to quote Levar Burton, don’t take my word for it.

Let’s look at some math: GM spent north of $1 billion to acquire Cruise and invested $500 million in Lyft. Neither company makes money (though I’ve always maintained that Lyft would make money if they downsized their exorbitant white collar workforce owing to the high marginal profit per ride, a.k.a. infinitesimal variable cost). It is unclear how much money GM-owned Maven makes, and Ford and other automakers are relatively quiet about their side hustles because they aren’t trucks, and we’ve gotta sell trucks, because trucks! $1.5 billion on those two investments alone is a lot of sales of pickups.

The last recession proved that truck sales are indeed not recession-proof because the last recession nearly destroyed the automakers on sales declines alone. In 2007, they were banking on selling giant SUVs. Rather, when the shit hit the fan, people actually started riding the bus. Imagine.

So, I made a little table to compare the Big Two and a Half based on their corporate fundamentals. In the simplest terms, quick ratio refers to the short-term solvency of the company in its ability to meet its short-term debts while “current” refers to overall solvency of the balance sheet (which is, in effect, not balanced). Price-to-earnings multiples reflect how excited the market is in a company and, controlling for other factors, whether it is cheap or overvalued (useful in choosing stocks to invest in). A company that has beaucoup cash flow but a quick below 1.00 might refinance that debt. But if there is a credit crunch and corporate bonds are downgraded and suddenly a company can’t borrow as much cheap money, a low quick ratio will turn into some bad news rull quick. (2008?)

* Price to Earnings ratio calculated from the most recent year normalized to include “extraordinary items,” which, mysteriously and through a trick of accounting wizardry, seem to appear about every year.

This chart tells us a few things:

First: Record truck sales or not, the market is simply not excited about the automakers. The average price to earnings ratio on the S&P is 21x. These companies are trading at a third or, in FCA’s case, as little as 18% of that number. That means investors perceive one or a combination of things including high risk, low growth potential, or general unsexiness (“sexy” sells, and if you don’t think that’s a technical metric, just look at Beyond Meat, whose stock has gone on a rollercoaster ride based on dubious revenue projections that cannot possibly reflect the realities of the market for substitute meat products). For comparison, Netflix trades at 121x price to earnings with the a current ratio just above FCA’s– this means that while the video streaming giant is no more solvent than one of the largest automakers, investors think it has a lot more growth potential. For kicks, consider that Netflix’s market cap puts it at about $130 billion, while $FCAU lags at a paltry $20 billion. Yes, really– no one cares about Jeeps, but they sure care about Stranger Things.

Second: Any downturn in sales is going to hammer these guys. Ford may be okay with a stronger balance sheet. Its stock already took a hit amid a 9-figure cost of restructuring aimed at saving, well, a nine figure sum. The transportation sector is already considered a bellwether of economic activity, and freight rail began to slow down about a year ago back when everyone was still riding the truck wave– around the time the Big Two and a Half announced their restructuring. Automotive is part of this. In Detroit’s case, there are a bazillion suppliers that are also affected. Metro Detroit’s economy remains relatively undiversified.

Third: This isn’t directly reflected in the chart but rather something we can deduce, and that’s the idea that autonomous vehicles are costing billions of dollars but haven’t produced any inkling of revenue, even on the horizon. Pharma companies invest big bucks in crazy drugs thinking they’ll be able to capitalize those expenses and sell them for bigger bucks– autonomous vehicle technology promised this and more, but no one is even thinking about what this will look like. Regulation is even more elusive. The result? This is money thrown into the corporate sandbox, but Wall Street isn’t seeing revenue potential. (Here’s a very long, very boring, but very comprehensive assessment of the market.)

I’m not entirely in the business of gloom and doom, so I’ll try and turn this into a positive spin: I’m not saying there isn’t hope. Far from it– there is plenty of energy for better things than this broke-ass paradigm. In Metro Detroit, the new Oakland County executive is interested in getting transit on the ballot. Transit expansion could well save Detroiters thousands of dollars a year on transportation costs, a revenue-positive equivalent to a massive cash handout per household, and that could have wild and crazy implications for the city’s beleaguered economy. Broader than Metro Detroit, General Motors is even investing in the development of all-electric vehicles, while companies like Tesla, in spite of rocky finances and douchemaster CEOs, are blazing trails in microgrid power solutions that ten years ago would have been unheard of.

It’s time to embrace the coming change and what that might mean for cities like Detroit: cleaner air, more affordable ways to get around, and, invariably, downsizing of giant corporations too large to understand the writing on the wall. But no one should ever feel the need to defend these companies, nor the need to defend bad business models. These business models haven’t served Detroit for years, but they also haven’t served Americans. Trucks pollute more, cost more to operate, and are more likely to kill pedestrians. And the companies that make them aren’t virtuous corporate actors. The market will likely kill demand anyway as we hurtle toward a global credit crunch and people stop buying $60,000 cars, and closing the taps of Saudi oil from either geopolitical pressure or cartel machinations will make 15mpg far less attractive.  In the mean time, let’s think beyond the truck and think into what a “triple zero” tomorrow might actually look like.

Also, get thee to Pao and let me know what you think of their food. 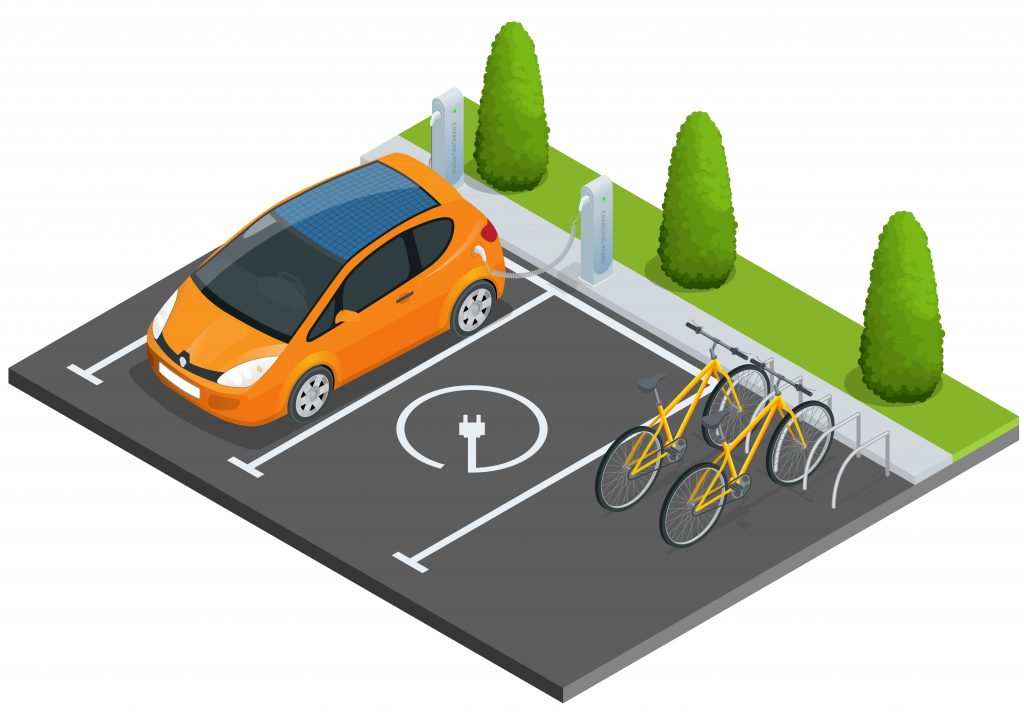