This Canada Day, I drove all the way from Detroit to celebrate in a foreign country (a.k.a. “across the river”)– to buy gas in a province where that gas is subjected to a carbon tax. This is admittedly mostly so I could tweet about it to Premier Doug Ford, who has spent millions of Ontario taxpayer dollars fighting the carbon tax as “the worst tax ever.” Ford’s administration, currently beleaguered by a series of scandals over nepotism, disinformation, and an inability to close a budget deficit that it ran on the promise of fixing, suffered a major defeat last week when a second court sided with the Trudeau government, upholding the constitutionality of the tax.

But as the Pittsburgh Post-Gazette’s Tracie Mauriello points out: by most estimations, the tax has proven pretty progressive, directly returning a stream of tax revenue back into the pockets of taxpayers and disproportionately taxing more carbon-intensive businesses and the wealthy, who typically consume more. Mauriello points out that British Columbia’s economy has grown by a double-digit percentage while emissions have dropped. 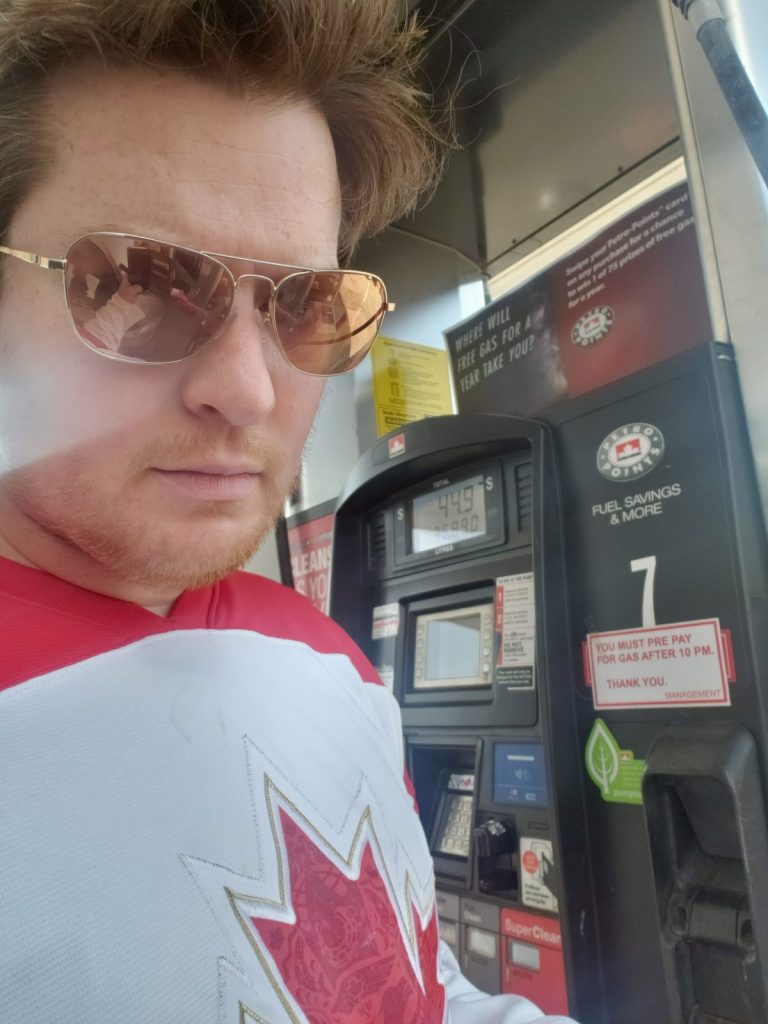 Me in festive garb, wearing, what I am told, is not a “hockey jersey” but rather a “sweater.”

Skeptics remain, of course– that is, self-styled economists who believe that any form of taxation is theft (an assertion with which even libertarianism.org disagrees) and who don’t believe that it is valuable to internalize the “social costs” of carbon. Critics also lament that China and India contribute more to pollution than the United States does, even though this is somewhat misleading. Those countries largely lack environmental protections, on the one hand, but, on the other, carbon footprint is largely tied more to wealth through consumption than anything else (see Naomi Klein), so any attempt to an create a lower-carbon economy would disproportionately penalize heavy consumers– and the poor ain’t that.

But I trust we’ll get there, one record-breaking heat wave, one tank of gas at a time.